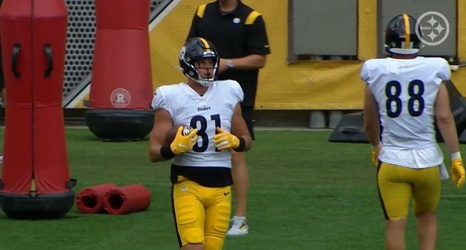 It has been a long time since the Pittsburgh Steelers had a number three tight end that they evidently considered viable, and even that comes with something of a caveat. That would be back in Jesse James’ rookie year, and he spent the first half of the year as a healthy scratch before injuries forced him to dress.

Then Heath Miller and Matt Spaeth were gone. They tried out Ladarius Green, then they got Vance McDonald. Even with McDonald coupled with Eric Ebron last year, there was still no number three they felt like dressing. This could finally change in 2021.