Zach Gentry: Everyone On Offense ‘Has A Really Great Relationship’ With Najee Harris 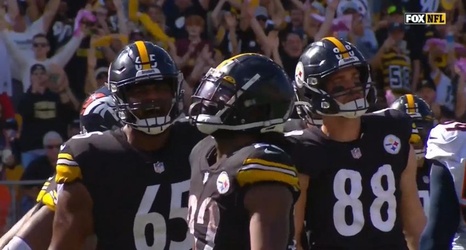 There was a lot of excitement in the Pittsburgh Steelers’ locker room on Sunday. Yeah, they got a win, snapping a three-game losing streak. But they also showed that they could run the ball effectively, and they also produced their first 100-yard rusher in a year’s time.

That would be Najee Harris, the rookie first-round draft pick out of Alabama, who was thrilled about it as well—for his blockers, for his offensive line, for his tight ends. Of course he wants to succeed, himself, but listening to him talk on Sunday after the game, he was basking in the joy of his teammates’—and yet they were doing the reverse.