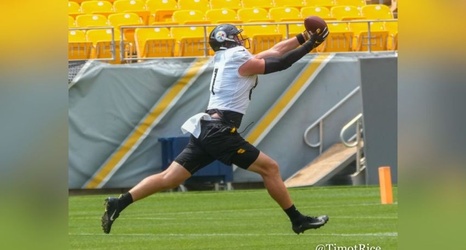 There aren’t too many 6’7+, 260+ pound tight ends in this new world of guys who act and look like wide receivers. But the Pittsburgh Steelers have collected a couple of them throughout Ben Roethlisberger’s career. Matt Spaeth was one of them, a tight end in name only who functioned more like an offensive tackle. In Ben Roethlisberger’s mind, the Steelers now have a similar one in Zach Gentry.

“Zach reminds me a lot of Matt Spaeth,” he told reporters during his weekly Wednesday presser. “A guy that takes pride in this work. Kind of an unsung hero.