Zach Banner: ‘There Is No Mercy’ In Pushing For Starting Job With Lifelong Goal Right In Front Of Him 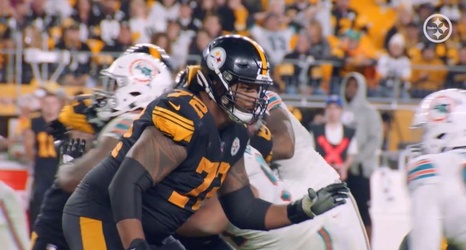 There are plenty of instances of players taking time to develop into starters a few years into their career in the NFL. After all, starting is just as much about opportunity as it is talent. Now there is an opportunity in front of Zach Banner to start, and he’s taking that deadly seriously.

In fact, it sometimes seems like the only thing he does take seriously. Whenever he’s talking about his future in the NFL, he sounds and speaks differently. He’s determined, driven. There is no joking along the way in the pursuit of his goal.

“What we’re talking about is still a dream in front of us, and it still has to be earned”, he said on The Fan yesterday.