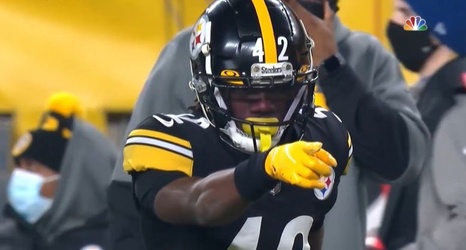 The Pittsburgh Steelers’ new-look offensive line, or at least the first incarnation of it, debuted on Sunday in the regular-season opener against the Buffalo Bills. It was enough to get the job done, but there was a lot of meat left on the bone in terms of room for improvement.

With two rookie starters, a second-year starter, a veteran looking to bounce back, and a player who has previously been a backup, this group has a lot to prove, not just to the team, to the fans, to the league, but also to themselves. It’s probably a good thing, then, that Zach Banner says they’re their own worst critics.