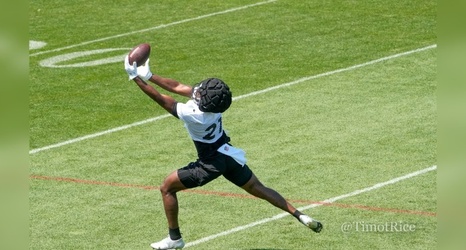 The Pittsburgh Steelers waived wide receiver Javon McKinley as injured on Thursday, and on Friday he cleared waivers and reverted to the team’s Reserve/Injured list, according to the official NFL transaction sheet.

As expected, WR Javon McKinley cleared waivers on Friday and has now reverted to the team's Reserve/Injured list. We'll see if he gets an injury settlement in the coming days. #Steelers #NFL pic.twitter.com/SckEmY2MaR

McKinley, who suffered a shoulder injury a few days ago during a training camp practice, was waived as injured on Thursday so the team could make room for free agent wide receiver Christian Blake.