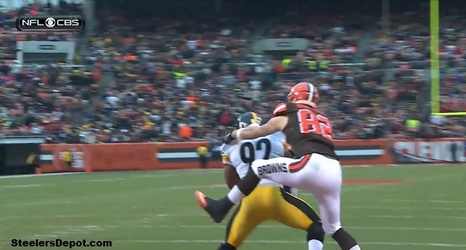 It’s said a draft class can’t be fully graded until at least three years after the picks are made. That’s why after submitting grades for every Pittsburgh Steelers pick made in 2021, I began going back through and grading previous Steeler draft classes beginning with 2018. Today continues the third class in that exercise, with the Steelers’ first of two seventh-round picks in the 2016 NFL Draft: Demarcus Ayers, a wide receiver from Houston.

This exercise follows the six viewpoints (listed below) for examining and re-grading a pick. Each of the first five viewpoints gets examined and assigned a letter grade, before taking that analysis and combining it into a final letter grade.