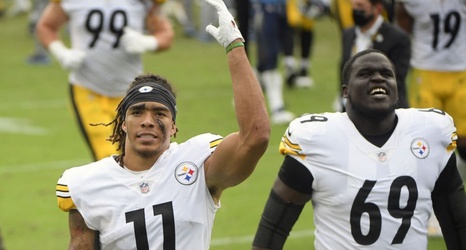 The Steelers have been fielding a terrible running attack in recent weeks.

The main reason for this is the rather awful run-blocking on display for the Steelers. They have been keeping Ben Roethlisberger somewhat clean, but that has much more to do with Ben’s fast release than it has to do with their blocking. The worst performing position group on the Steelers right now is their offensive line. The Steelers don’t have a single offensive lineman graded by PFF in the top 25 of their position in run-blocking.