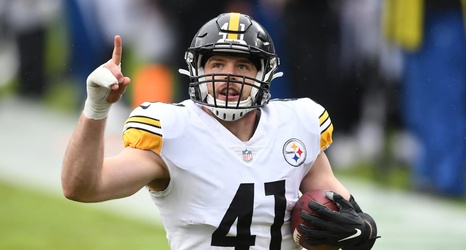 Robert Spillane, an undrafted free-agent inside linebacker from Western Michigan in 2018, first became a Pittsburgh Steeler in 2019.

Spillane, the grandson of 1953 Heisman Award winner and former Steeler, Johnny Lattner, was mostly a special teams contributor through October of last year before finally getting his chance to start in the wake of a season-ending ACL injury suffered by Devin Bush in a game against the Browns at Heinz Field.

Derrick Henry, a running back from college-football powerhouse, Alabama, first gained national prominence when he won the 2015 Heisman Trophy.

However, it wasn’t until the 2019/2020 NFL playoffs when the 2016 second-round pick became a bit of a mythical legend; the 247-pound nightmare crushed the souls of every defensive player from New England to Baltimore while carrying the Titans to the AFC Championship Game.