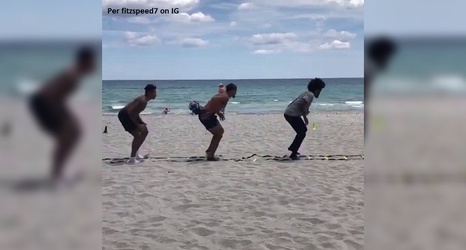 Pittsburgh Steelers safety Minkah Fitzpatrick is busy training for the 2021 season in Delray Beach, Florida with it now being April and that offseason work includes him playing in the sand, according to video posted on Instagram the last several days.

Fitzpatrick is now in his fourth NFL season and the Steelers are expected to pick up the fifth-year option on his rookie contract by May 3. In 2020, the former first-round draft pick of the Miami Dolphins out of Alabama registered 64 tackles and four interceptions. He was targeted 50 times and allowed 28 receptions, according to Pro Football Focus.