Watch: Cam Heyward Gets Emotional During Man Of The Year Nomination 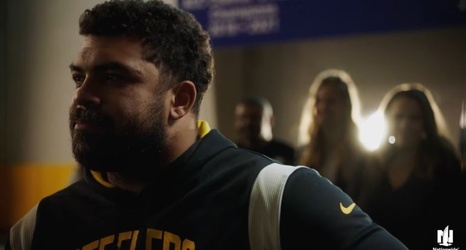 Pittsburgh Steelers defensive tackle Cameron Heyward has been an All-Pro both on an off the field. While his stats on the field warrant praise alone, a five time Pro-Bowler and the time All-Pro with 78.5 career sacks, his off the field work deserves even more praise.

By now, you probably know Heyward was nominated for his fifth Walter Payton Man of the Year Award. For this year’s nomination, he received one heck of a surprise. Initially believing he was announcing a teammate as the Steelers nominee, Nationwide surprised him by having him read off all of his accomplishments off the field and having friends, family, and others say how much Heyward has impacted their lives.