Vince Williams: ‘I Feel Like I Was Destined To Be In The Black & Gold’ 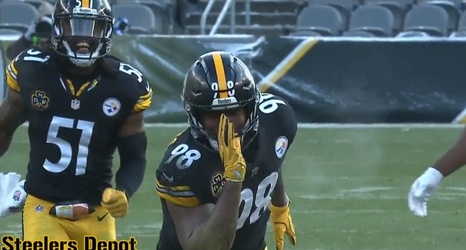 I don’t know that there are too many players throughout recent Pittsburgh Steelers history that have been easier to root for than veteran inside linebacker Vince Williams. Troy Polamalu, maybe? People of that ilk? That’s about it. When you play the game in a manner that embodies what is associated with ‘Steelers Football’, especially on the defensive side of the ball, and you have the mindset to back it up, you are going to be embraced by Steeler Nation.

And he has. And perhaps it wasn’t a coincidence, according to Bryant McFadden, who recently relayed an anecdote about a young Vince Williams just entering high school, who just so happened to have the opportunity to work out and train with the Steelers of that time, during an interview yesterday on The Fan Morning Show.