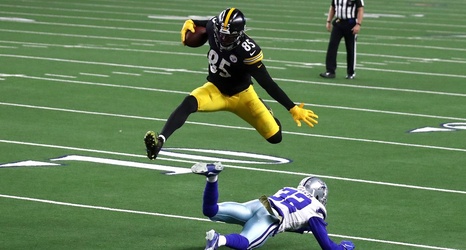 With some numbers coming in from Steelers’ contracts, it’s time to once again check out their salary cap situation. The new contracts include Jordan Berry, Kalen Ballage, and the change to Eric Ebron’s contract.

As expected, Eric Ebron had four void years added to his contract according to overthecap.com. Surprisingly, Ebron’s base salary did not drop to the league minimum and is at $1.12 million for 2021. Ebron was given $4.88 million in a signing bonus which was spread out over five seasons at $976k per season. This reduced Ebron’s $8.5 million cap hit for 2021 down to $4.