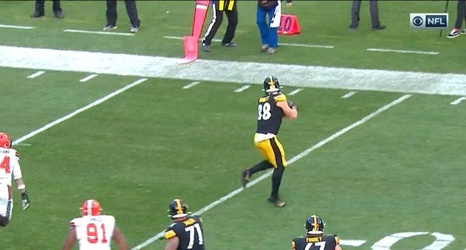 There’s been a slight edit to Over the Cap Nick Korte’s compensatory formula. Now that compensation window has closed, Korte unveiled his updated outlook. For Pittsburgh, they’re projected to receiver a pair of comp picks, a 4th and 6th rounder.

This’s slightly different than his previous projection in March, where the Steelers were predicted to receive a 4th and two 6th round selections.

The change? Nick Vannett, now projected to net only a 7th round kickback, has fallen off the list. At max, the NFL awards only 32 compensatory picks per year and Vannett’s salary wasn’t large enough to get him in the top 32, beaten out by Jeff Heath, who left Dallas to sign a $3 million deal with Oakland.