Trubisky the favorite to win Steelers' starting job ... for now 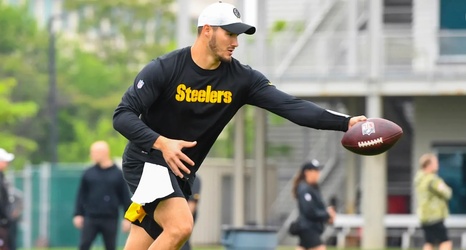 When the Steelers selected Kenny Pickett with the 20th pick in the NFL Draft last month, Mike Tomlin said the rookie will be given a shot at winning the starting job.

"He'll be given an opportunity to compete certainly," Tomlin said.

For the first time since 2000, when Kordell Stewart and Kent Graham battled throughout the offseason and into the preseason for the starting job.