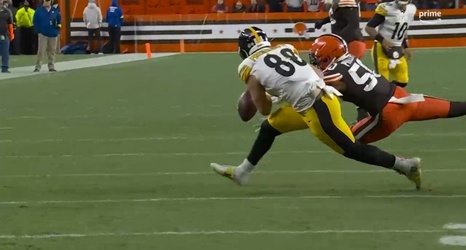 Just in the way there’s a running theme of Pittsburgh Steelers’ loss, two in five days, there was a running theme, a reoccurring phrase Mitch Trubisky had in his post-game press conference. Brutally honest. With an offense somehow looking less effective than last year, a dose of honesty and accountability is sorely needed.

“Everyone’s just gotta be brutally honest with themselves,” he said via the Steelers’ YouTube channel. “I think everybody can be a lot better, myself included.