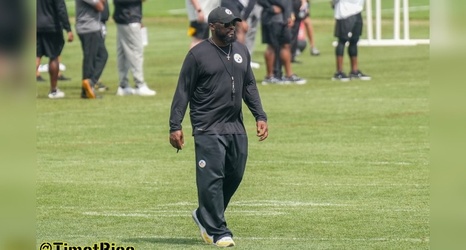 When you hear current and former players discuss the things they love about Pittsburgh Steelers head coach Mike Tomlin, the words transparent and straightforward are used often. Tomlin consistently lets players know where they stand, is open and honest and doesn’t mince words.

That’s something he prides himself on, and in large part that’s his focus throughout training camp this summer at Saint Vincent College in Latrobe as he finds himself overseeing a three-way quarterback competition to anoint a new starting quarterback in the Steel City for the first time in 18 seasons.

Tomlin has been pretty transparent overall when it comes to the quarterback competition featuring Mitch Trubisky, Mason Rudolph and Kenny Pickett under center.