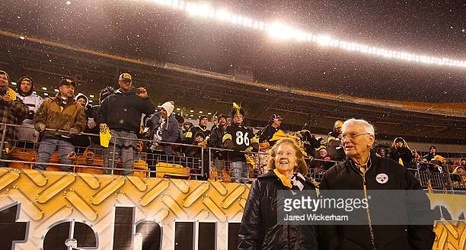 In a time with plenty of negativity in the world, former Pittsburgh Steelers’ linemen Trai Essex shared a heartwarming story Sunday evening. He tweeted a photo of a letter he received from Dan Rooney in 2006 on the heels of the team’s Super Bowl XL win over the Seattle Seahawks. It looks like it was sent out to each player but the nature of the letter was clearly personal.

Scavenging thru some stuff in storage and came across this gem from Old Man Rooney, RIP. This was after my rookie year and it really hit home how extremely lucky I was to be apart of this family.