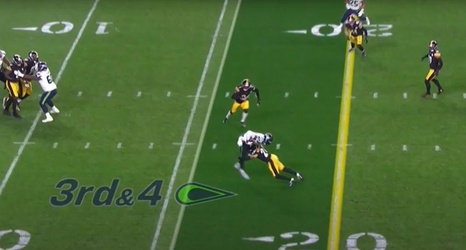 With a lot of moving parts in the secondary, it’s hard to monitor everybody’s role and playing time, and that can fluctuate from game to game. Pittsburgh Steelers rookie defensive back Tre Norwood, for example, had a much bigger role early on in the season, but has seen more limited action over the course of the past month.

He has more or less been identified at this point as the Steelers’ dime defense, and has averaged about 15 or so snaps per game over the course of the past four weeks. He played exactly that many snaps on Sunday, but he made them count, with three defensive stops on third downs, including a pass defensed.