Tomlin Says Trubisky Made ‘Some Plays,’ But He’s Not Looking For Comfort Following Second Straight Loss 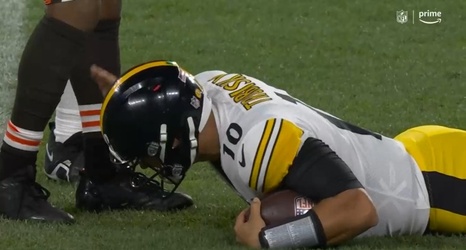 After executing offensively in the first half of Thursday Night Football, the Pittsburgh Steelers came up short against their AFC North rivals, the Cleveland Browns. During head coach Mike Tomlin’s postgame press conference, he was asked for his thoughts on Mitchell Trubisky’s performance. However, that wasn’t all. Following a performance highlighted by four punts to kick off the second half, Tomlin commented on the future of the quarterback position.

As far as Trubisky’s individual performance, commented that his quarterback did what he could but overall, everyone failed as a team.

“I thought he made some plays, man, but we all collectively came up short, and so that’s how we measure performance,” Tomlin said via the team’s YouTube channel.