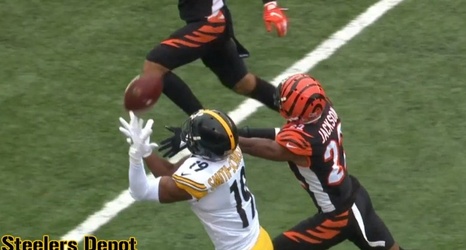 Pittsburgh Steelers running back Kerrith Whyte Jr. has really hit the ground running so far in the three games he’s played in since being signed off the Chicago Bears practice squad as the rookie out of Florida Atlantic has already amassed 100 total yards from scrimmage in his limited playing time. On Tuesday, Steelers head coach Mike Tomlin asked to comment on what he’s seen out of Whyte so far through three games played.

“You know, he’s done a nice job when given an opportunity,” Tomlin said of Whyte. “I think we’re still getting to know him.