Tomlin On Eagles 3rd Down Success Against Steelers: ‘Some Of The Issues Aren’t Issues’ 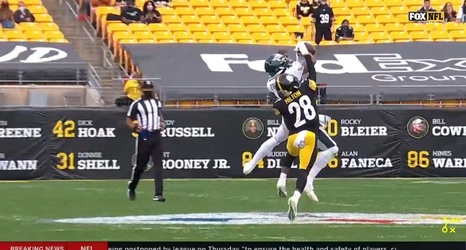 The Pittsburgh Steelers have had quite a few problems on defense so far this season but most of them seem to be relegated to one down. Specially, third down and it hasn’t been pretty. In fat, against the Philadelphia Eagles on Sunday, the Steelers defense allowed 10 of 14 third downs to be converted against them. That came after the Eagles offense failed to convert their first two third down opportunities of the game. During his Tuesday press conference, Steelers head coach Mike Tomlin once again acknowledged the problem the team’s defense had on third downs on Sunday against the Eagles

“Like I talked about after the game, we just didn’t do a good job of controlling them circumstances,” Tomlin said on Tuesday.