Tomlin confirms Hodges will be the starter in Arizona 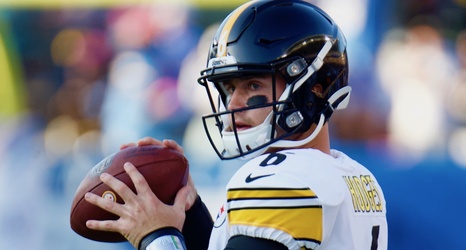 Coming off his second win in his second career start, Devlin "Duck" Hodges will get a third start of the season when the Steelers travel to Arizona to face the Cardinals Sunday.

Mike Tomlin confirmed that choice on Tuesday, saying Hodges had earned the start after beating the Cleveland Browns at Heinz Field Sunday.

Hodges replaced an ineffective Mason Rudolph in the second half of the Steelers' win two weeks ago in Cincinnati, rallying the Steelers past the Bengals.

Against the Browns on Sunday. Hodges completed 14 of 21 passes for 212 yards with one touchdown and one interception against Cleveland.