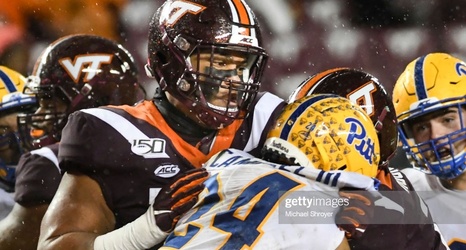 It’s been over a month since ESPN draft analyst Todd McShay released his first mock draft of 2021. In that mock he had the Pittsburgh Steelers selecting Alabama running back Najee Harris at 28th overall in the first round. On Wednesday, McShay released his second mock draft of 2021 and his latest offering he has the Steelers addressing their offensive line as he has them picking Virginia Tech tackle Christian Darrisaw at 24 overall.

Below is his reason for mocking Darrisaw to the Steelers.

What becomes of Bud Dupree’s role if he leaves, and would someone like Tulsa outside linebacker Zaven Collins be the savvy pick?