T.J. Watt is Skyrocketing Up the Steelers’ Sack Charts 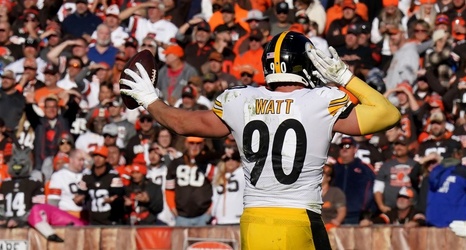 This T.J. Watt guy is pretty damn good isn’t he? Earlier this evening, the team tweeted out that with his 1.5 sacks on Sunday in Cleveland, Watt has now moved into eighth place on the team’s all-time sack list. He passed a guy named LaMarr Woodley who was part of the Super Bowl XLIII defense. He was really good opposite James Harrison but injuries were ultimately his demise. As I sit here today, Watt is still on his rookie contract. Yes, he signed a new deal but technically, well, you get it.

The win in Cleveland demonstrated just how good Watt has become in such a short time.