Three signs of progress for the Steelers' offense, and three things that must improve 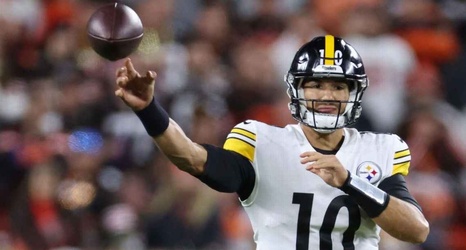 PITTSBURGH -- Chase Claypool paused as he considered the question.

Three games into the 2022 season, do the Pittsburgh Steelers have an offensive identity?

“Um, we've got playmakers, but, uh, I don't know if we have an identity,” Claypool said Monday afternoon. “I think we're still figuring that out.”

Sitting at 1-2 after back-to-back losses to the New England Patriots and Cleveland Browns, the Steelers' offense hasn’t found cohesion or an identity.