The Moment Will Not Be Too Big for Robert Spillane 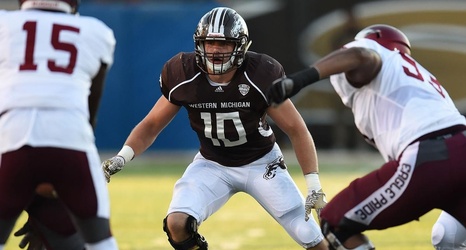 Go ahead and admit it. When Devin Bush went down on Sunday you immediately wondered who his replacement was. Would it be Ulysees Gilbert? Maybe Marcus Allen because after all, they had used him at Linebacker during Camp. Some thought they would just go without an inside backer at all or at the very worst, slide Terrell Edmunds in there. The answer turned out to be Robert Spillane and within just his first few snaps, he left an impression. Just ask Austin Hooper.

For those that don’t know Spillane’s background, he starred in college at Western Michigan University.