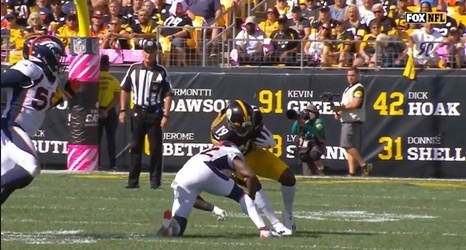 It was a bittersweet victory for the Steelers and their fans, as the team finally scored their first home win of the season but lost their star WR JuJu Smith-Schuster in the second quarter after a huge hit by Broncos safety Kareem Jackson. After a brief evaluation on the sidelines that served only to establish how much pain JuJu was experiencing, he was led to the locker room and eventually to the hospital. He was seen the following night at his charity event in a right arm sling and Head Coach Mike Tomlin confirmed during his Tuesday media session that JuJu would have surgery on Wednesday.