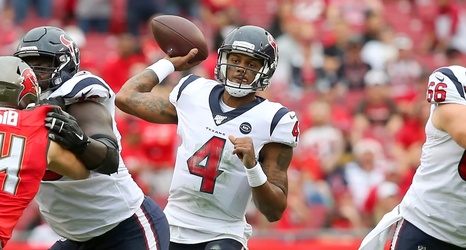 With their final seeding still up in the air at the time inactives were announced, the Houston Texans have kept both quarterback Deshaun Watson and wide receiver DeAndre Hopkins active for their Week 17 matchup against the Tennessee Titans. While their two biggest superstars will be available, several of the Texans’ starters will not dress for the game.

The reason the Texans’ active players are of importance to the Pittsburgh Steelers is due to the fact the Steelers need help in order to make the 2019 postseason. Should the Tennessee Titans defeat the Houston Texans, the Steelers will have been eliminated from playoff contention.