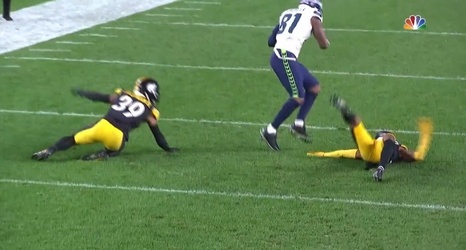 While the Pittsburgh Steelers were able to stack a couple of wins heading into their bye week coming out of a three-game skid, it didn’t necessarily provide a great deal of confidence about the future. Whenever one area seemed to improve, another issue would crop up.

The most glaring issue coming into the bye was the utterly shoddy tackling that they put on display last Sunday against a Seattle Seahawks team that was without its starting quarterback and running back. It was particularly dreadful in the second half, and ultimately resulted in their being forced into overtime despite holding a two-score lead at the half.