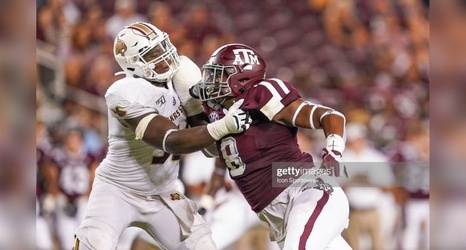 The Pittsburgh Steelers made a significant addition to their defensive line last weekend with the third-round draft selection of DeMarvin Leal out of Texas A&M. While the coaches view him initially as a 3-4 base end, the acknowledgement was—and the reality is that—the majority of his time will be in the nickel as a tackle.

Multiple coaches also expressed optimism that Leal possesses the frame to support added weight and muscle without a hindrance to his athletic abilities, which would allow him to play up and down the defensive line; that A&M kept him at a lower weight specifically for their defensive needs.