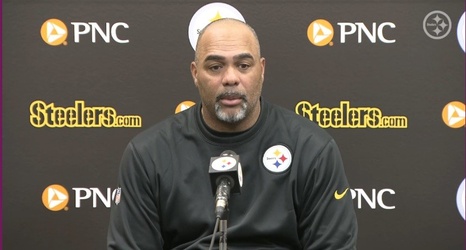 Pittsburgh Steelers head coach Mike Tomlin certainly doesn’t have a great record when it comes to coaches’ challenges. In fact, Tomlin is 0-10 in official challenges dating back to the Steelers 2016 AFC Championship game. Even worse, since the beginning of the 2016 season, Tomlin’s had just 2 of his 14 challenges overturned and he is just 8 of 17 since 2014. Because of Tomlin’s inefficiency when it comes to replay challenges, new Steelers defensive assistant Teryl Austin, who was hired this offseason to primarily help coach the team’s secondary, confirmed on Wednesday that he will play a big part in deciding which plays Tomlin should throw the red flag on during the 2019 season.