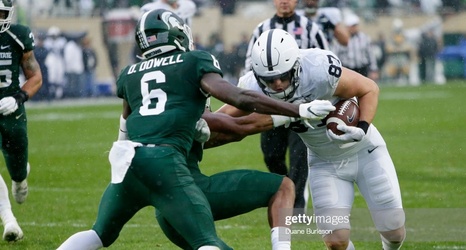 With the 55th of the 2021 NFL Draft (23rd in the second round), the Pittsburgh Steelers selected Penn State tight end Pat Freiermuth, nicknamed “Baby Gronk,” as the future starter for the franchise. Here is an introduction to the Steelers’ new tight end.

Freiermuth hails from Merrimac, Massachusetts, and played his high school ball at the Brooks School. During his H.S. career, Freiermuth was an all-state selection at both tight end and linebacker, appearing on several conference all-star teams and winning his team’s MVP award. His career as a tight end featured two 20-catch seasons for over 500 yards and six touchdowns each.