Study: What The Steelers Look For In Drafting Running Backs 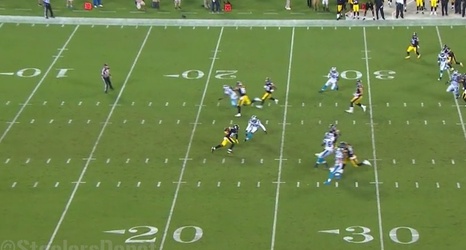 We are kicking off our 2021 NFL Draft study of “What the Pittsburgh Steelers look for” — in the Mike Tomlin era, asking and answering the baseline thresholds needed for each position. Today, we’re starting off with one position we know the team will draft later this month. Running back.

First, we’ll list the history of all the running backs drafted since 2007 – we’re not counting Dri Archer or Chris Rainey since they were de facto receivers/gadget guys (you’re not a RB if the team doesn’t let you participate in backs on ‘backers in camp) — with an updated baseline of our benchmarks that will follow.