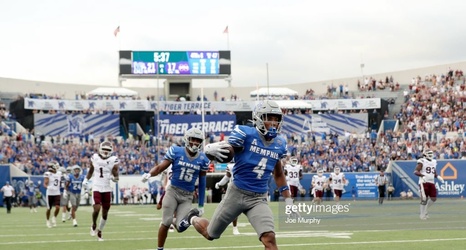 After the selection of Georgia WR, George Pickens, Pittsburgh decided to once again grab another receiver in this years NFL Draft by taking Calvin Austin III out of Memphis.

Austin’s measurable’s at first glance may seem underwhelming but don’t let his size and stature fool you because he can play the wide receiver position well. Austin, a four-year player at Memphis, posted impressive stats and did so running a variety of routes during his college career from both the slot and out wide.

Let’s first look at how the Memphis Tigers passing game operated during Austin’s time there in terms of highest percentage of routes targeted.