Steven Nelson The Most Valuable CB Addition In NFL In 2019, Per PFF 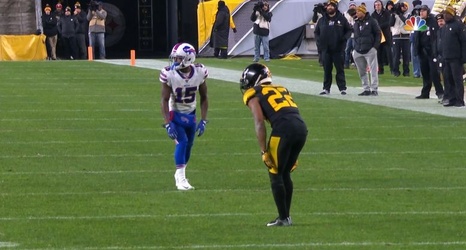 Earlier this week, Bleacher Report stirred up the Stevehive, which is now the official designation for anybody who likes Pittsburgh Steelers cornerback Steven Nelson, when a writer who later admitted he basically forgot Nelson existed suggested that his spot on the team’s defense is still in need of an upgrade.

This was ultimately brought to Nelson’s attention, and he made it pretty clear that he was none too happy about it. He even went so far as to share a Pro Football Focus article that ranked him fairly high among cornerbacks during the 2019 season, though he still felt he should have been higher on that list.