Steven Nelson ‘Saw A Big Difference In Communication’ In Secondary Last Season, Only Sees It Getting Better 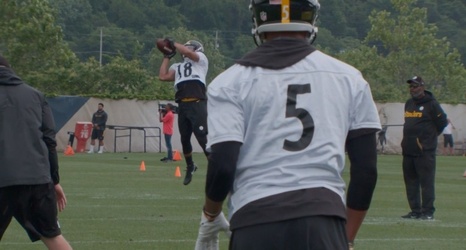 The Pittsburgh Steelers defense possesses more talent on its side of the ball than any other Steelers defense in the better part of the past decade—pending, of course, potential notable losses like Bud Dupree. The biggest change in recent years has been the additions that have been made to the secondary, changes that have an impact on the entire unit.

Starting with the addition of Joe Haden in 2017 and followed by the signing of Steven Nelson in 2019 and then the acquisition via trade of Minkah Fitzpatrick, Pittsburgh suddenly built one of the better defensive backfields in the league, coupled with nifty slot defenders in Mike Hilton and Cameron Sutton.