Steven Nelson: ‘I Feel Like I’ve Been In Pittsburgh For So Many Years’ 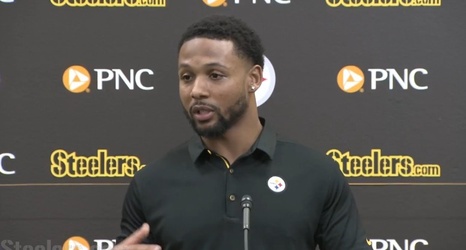 During the initial free agency period, Steven Nelson remains the biggest signing in Pittsburgh Steelers history. The former Kanas City Chiefs cornerback came to the team last offseason via a three-year, $25.5 million deal. Both in total money and in average annual salary, it’s the most money the team has ever given to a free agent during the compensatory season. Joe Haden is the only player they gave more to, in August of 2017, after he was released by the Cleveland Browns.

Though he didn’t put up gawdy numbers, especially in the turnover department, Nelson proved to be a reliable starter on the right side of the Steelers defense, pairing up with Haden to form one of the more formidable duos at the cornerback position and helping to vault Pittsburgh’s pass defense to near the top of the league.