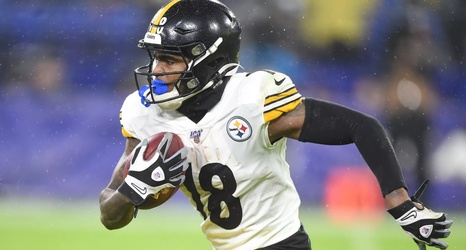 The Pittsburgh Steelers’ offense has a playmaker in the making in Diontae Johnson. The Toledo product is headed into his second season as a professional after he was a second team All-Pro selection as a punt returner.

Watching Johnson play you see why the team took him with their first pick in the third round of the 2019 NFL Draft. Johnson’s short area burst, route running and elusiveness is undeniable, but this offseason he scared fans when he posted the following photo on his Instagram story:

This photo sparked speculation across the Steelers fan base, but no one knew exactly what Johnson had done, or was ailing from.