Steelers will target WR Anthony Schwartz in the 2021 NFL Draft 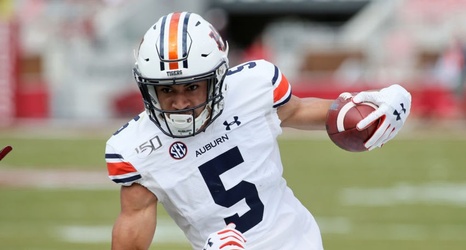 The Steelers have not hidden their interest in Anthony Schwartz. Here’s why the Auburn wide receiver is likely to be drafted by Pittsburgh this April.

The Steelers have sent their brass to many Pro Day’s recently, and the list of players who will be on their draft radar this April is starting to pile up. While it seems relatively clear that Pittsburgh will be targeting running backs, offensive lineman, and cornerbacks early on, it gets increasingly hard to predict which players they will target later on.