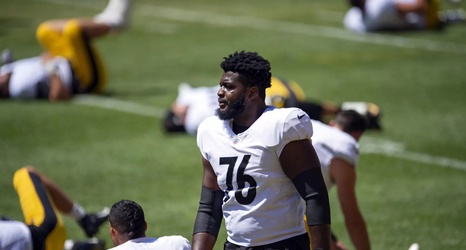 The Steelers released their first Depth chart for the 2020 season. While most of the positions are exactly what you would expect (Ben Roethlisberger and Cameron Heyward are starters) there are a few surprises.

First off, the Steelers list two starting right tackles, with both Chukwuma Okorafor and Zach Banner listed as starters, and both also listed as backing up Allejandro Villanueva. That battle is still undecided.

In a similar move, the Steelers list both Eric Ebron and Vance McDonald as starting tight ends and Zach Gentry as the backup.