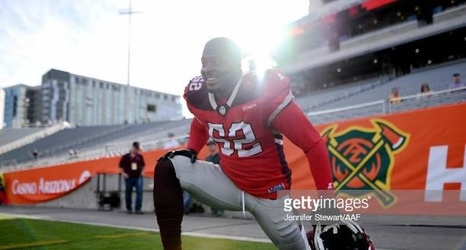 The Pittsburgh Steelers have waived/injured Lavon Hooks and signed LB Jayrone Elliott in his place, the team announced moments ago.

Hooks, as reported yesterday, suffered a season-ending Achilles injury during practice. Once he clears waivers, he will revert to the team’s injured reserve list. Given the likely severe nature of the injury, the odds are good he spends the entire year on IR.