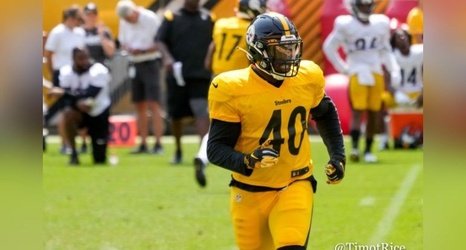 The Pittsburgh Steelers traded for inside linebacker Joe Schobert and the corresponding move for that transaction is now in.

According to the Steelers, inside linebacker Tegray Scales has been waived from the roster to make room for Schobert.

Scales, who played 21 total offensive snaps in the Steelers first two preseason games this year, was on the teams practice squad for the second half of the 2020 season. He even was promoted to the active roster a few times last season before being waived at the end of the season. The Steelers signed Scales back to the offseason roster in January.