Steelers Vs Browns Winners And Losers 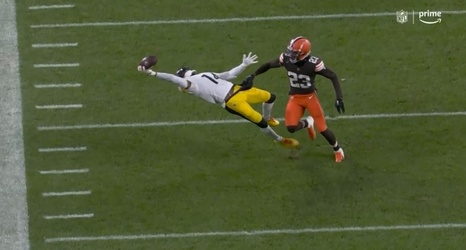 Winners and losers from the Pittsburgh Steelers 23-17 loss against the Cleveland Browns Thursday night.

George Pickens – For what could wind up being catch of the year. Pittsburgh finally gave Pickens a chance to make plays and he responded with an absurd, horizontal, one-handed snag deep down the right sideline. One of the wildest you’ll ever see. Pickens’ production today outperformed what he had done the first two weeks and it was good to see him make a much-needed splash play.

Will say Pickens didn’t end the game on a high note from there, a chance for a TD that he went up for with one hand and a false start on an onside kick but that play is one that’ll go on the highlight reel.