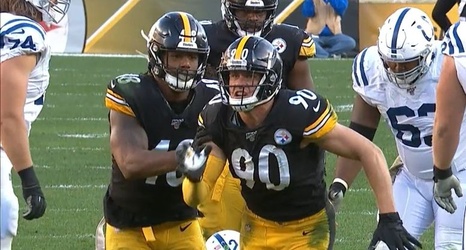 One year after leading the league by a wide margin in both tackles for loss and quarterback hits, and finishing tied for second in sacks, Pittsburgh Steelers’ star outside linebacker T.J. Watt is projected to give up the TFL crown in 2021, according to Bleacher Report’s Maurice Moton.

Watt is projected to lose out on the TFL crown to Los Angeles Rams star Aaron Donald in 2021, according to Moton’s projections.