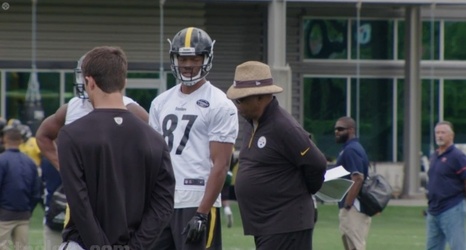 Long-time Pittsburgh Steelers’ TEs coach James Daniel has announced his retirement, the team said in a press release moments ago.

We have announced the retirement of long-time tight ends coach, James Daniel.

Daniel had been one of the longest tenured members of the Steelers staff, hired in 2004 to be the tight ends coach, a position he’s held ever since. Famous for the hat he wore to every practice, as shown above, he helped build the career of Heath Miller, drafted in the first round of the 2003 draft.