Steelers, Teryl Austin Pleased With Recovery Process For Rookie DeMarvin Leal: ‘Like Where He Is Going’ 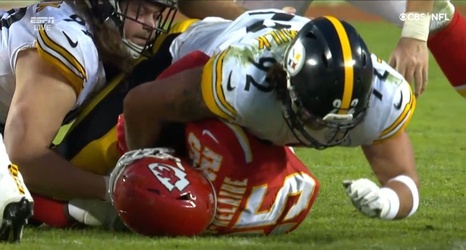 After having nearly the entire projected starting lineup back for the Week 11 matchup against the Cincinnati Bengals in what appeared to be the healthiest the team has been since training camp, the Pittsburgh Steelers are moving one step closer to being completely healthy late in the 2022 season.

Though cornerback Ahkello Witherspoon continues to deal with a hamstring injury, rookie defensive lineman DeMarvin Leal is moving closer and closer to his return from a knee injury suffered in mid-October that landed him on the Reserve/Injured List.

Leal played 96 defensive snaps for the Steelers through the first five games of the season before suffering an injury in practice in Week 6 ahead of the matchup against the Tampa Bay Buccaneers that required him to have surgery and which landed him on the Reserve/Injured List.