Steelers Stock Report: See whose stock is rising or falling after the win over the Seahawks 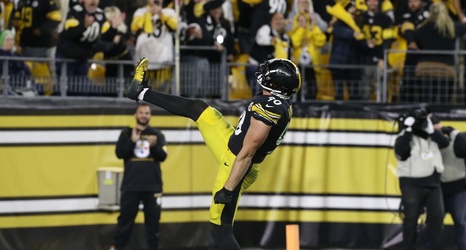 Two steps forward, three steps back. It seems as if every time the Steelers appear to find some answers, more questions immediately pop up. The questions are numerous for this Steelers squad, and the questions are constantly changing. That sounds strangely familiar for some reason.

The Steelers offense struggled at times to consistently move the ball against the Seahawks, who came into the game statistically as one of the worst defenses in the NFL. The Seahawks interior defensive lineman disrupted the Steelers rushing attack by clogging up the running lanes, which has become a common occurrence against four man fronts.