Steelers snap totals vs. the Patriots show an emphasis on team speed 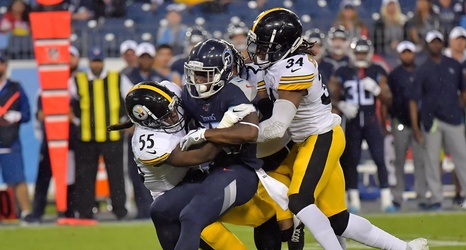 The Pittsburgh Steelers wanted to be faster in 2019. They wanted to show the athleticism and speed they had when Ryan Shazier roamed the middle of the field for the black-and-gold. While they might have achieved this type of athleticism on defense, you have to wonder after Week 1 if they are second guessing the amount of speed they put on the field at once.

What I’m saying is after the Week 1 debacle vs. the New England Patriots, a game where the team used Devin Bush and Mark Barron, 76% and 69% snap percentages respectively, far more than they used Vince Williams, 31%, will they try and mix it up more in Week 2 when Russell Wilson and the Seattle Seahawks come to Heinz Field?