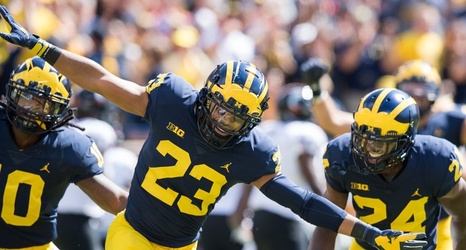 The Steelers keep fishing in those XFL waters, inking safety Tyree Kinnel, per his rep on Twitter:

Kinnel joins defensive tackle Cavon Walker and offensive tackle Jarron Jones as recent XFL imports for the Steelers after the league's season was canceled due to the coronavirus outbreak.

Walker and Jones both played for the New York Guardians, while Kinnel appeared in all five games for the DC Defenders. Kinnel's history at the pro level is thin, but he played collegiately at the University of Michigan, where he was a four-year letterman from 2015-18, two-time All-Big Ten honoree, one-time Big Ten Defensive Player of the Week (Sept.